Shopping Cart
Your Cart is Empty
Quantity:
Subtotal
Taxes
Shipping
Total
There was an error with PayPalClick here to try again

Thank you for your business!You should be receiving an order confirmation from Paypal shortly.Exit Shopping Cart

A Champion for Toys For Tots

We wish to celebrate our valued team mate, Dennis Faillo and recognize his dedication to Toys for Tots for the past four years. Dennis was the area coordinator for 2012, a consuming task when your realize the magnitude of the collection and distribution project. This year over 8,100 under privileged children in Lake Sumter and South Marion Counties received toys from Dennis' Toys for Tots distribution warehouse and a total of approximately 41,442 toys, books and stuffers were collected!! Distribution began on December 11th through the 15th from 8am to 5pm and many Black Sheep Marines team mates (see below) were there to serve.

Since beginning the U.S. Marine Corps Reserve Toys for Tots Program in 1947, Marines have distributed more than 452 million toys to more than 209 million needy children from 740 sites throughout the United States, Puerto Rico and the Virgin Islands. This charitable endeavor has made U.S. Marines the unchallenged leader in looking after less fortunate children at Christmas. Over its life span, the Marine Toys for Tots Foundation has supplemented local toy collections with more than 98 million toys valued at more than $694 million; plus provided promotion and support materials valued at over $8.5 million. The allocation ratio for donations is a remarkable over 98%.

We can't thank you enough Dennis for fulfilling this enormous role as area coordinator for Toys for Tots and bringing the joy of Christmas to America's needy children. You set the example for others to follow and we are proud to say you are a Black Sheep Marine.

About Dennis' Role as Coordinator for 2012

In appreciation of your efforts, we thank all of our Black Sheep Team Mates who contributed to 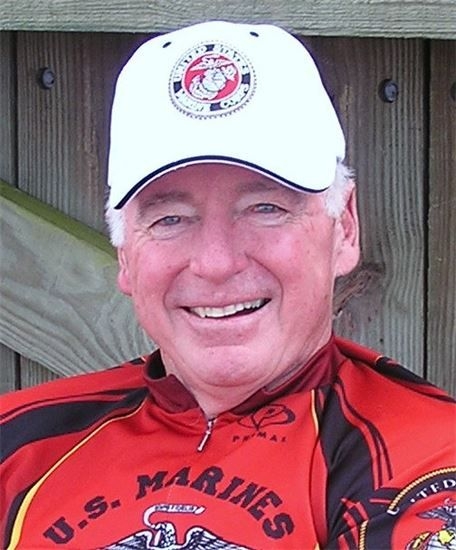 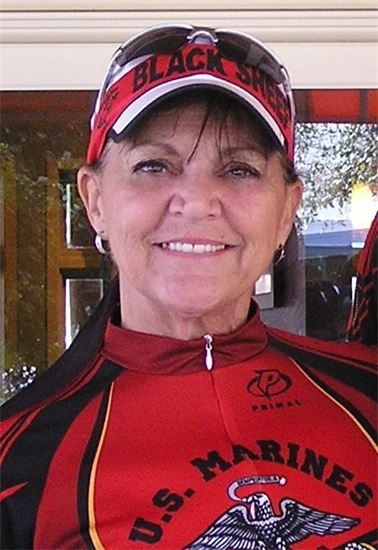 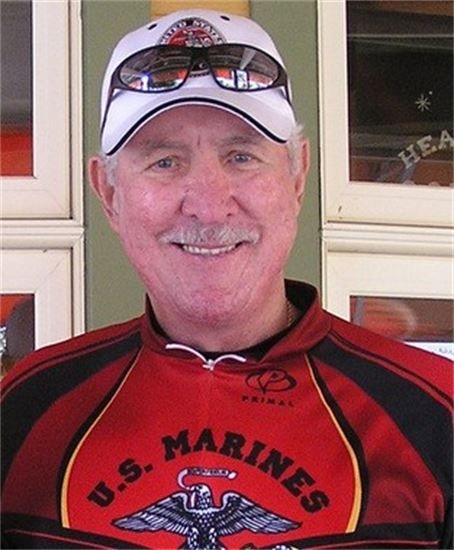 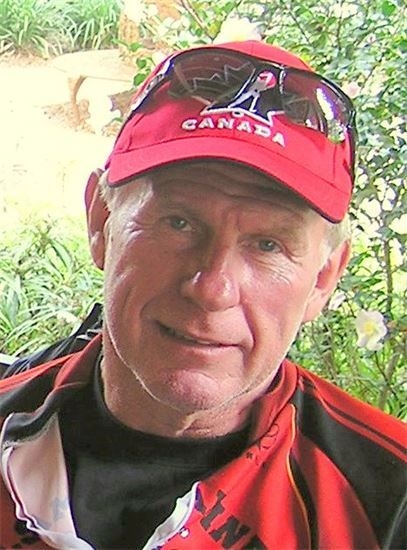 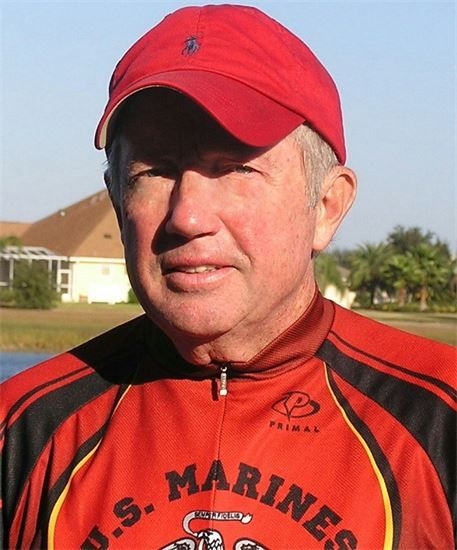 Golf Tournament Volunteers (Scroll to bottom for article and gallery) 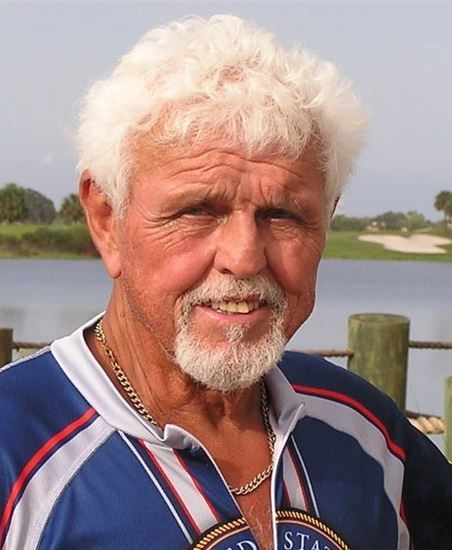 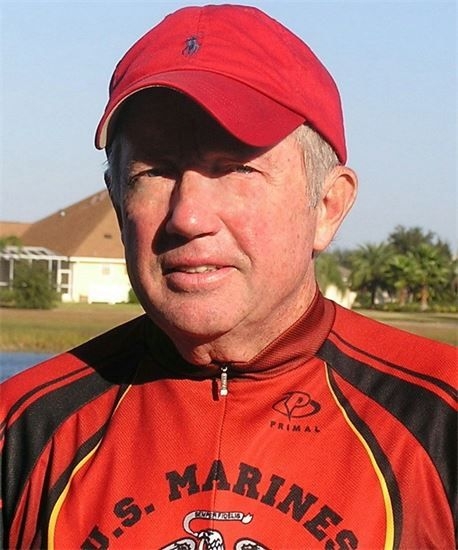 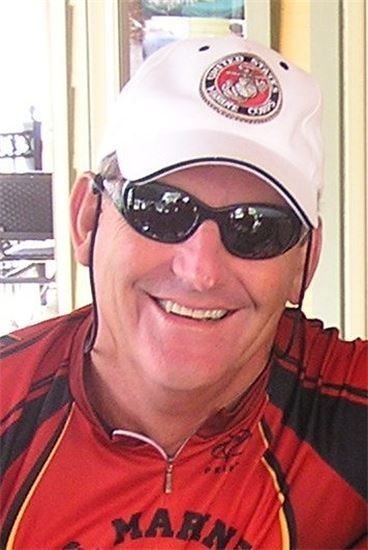 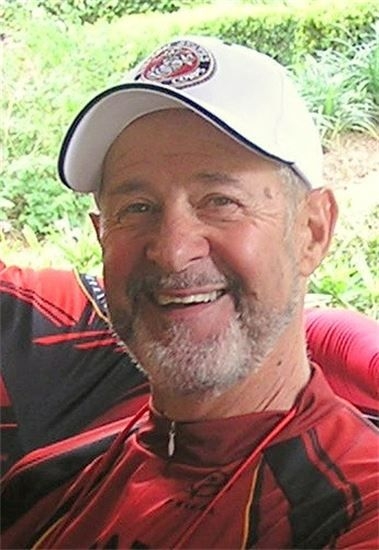 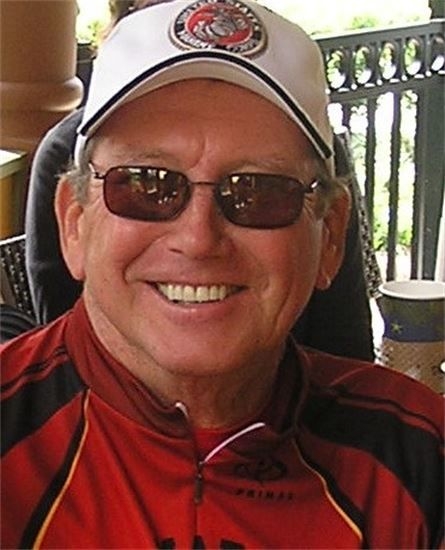 Origin and Evolution of Toys for Tots

Toys for Tots Began in 1947, when Major Bill Hendricks, USCR and a group of Marine Reservists in Los Angeles collected and distributed 5,000 toys to needy children. The idea came form Bill’s wife, Diane. In the fall of 1947, Diane crafted a homemade doll and asked Bill to deliver the doll to an organization, which would give it to a needy child at Christmas. When Bill determined that no agency existed, Diane told Bill that he should start one. He did. The 1947 pilot project was so successful that the Marine Corps adopted Toys for Tots in 1948 and expanded it into a nationwide campaign. That year, Marine Corps Reserve units across the nation conducted Toys for Tots campaigns in each community in which a Marine Reserve Center was located. Marines have conducted successful nationwide campaigns at Christmas each year since 1948. The initial objective that remains the hallmark of the program today is to “bring the joy of Christmas to America’s needy children”. Bill Hendricks, a Marine Reservist on weekends, was in civilian life, the Director of Public Relations for Warner Brothers Studio. This enabled him to convince a vast array of celebrities to support Toys for Tots. In 1948, Walt Disney designed the Toys for Tots logo, which we use today. Disney also designed the first Toys for Tots poster used to promote the nationwide program. Nat “King” Cole, Peggy Lee and Vic Damone recorded the Toys for Tots theme composed by Sammy Fain and Paul Webster in 1956. Bob Hope, John Wayne, Doris Day, Lorrie Morgan, Tim Allen, Kenny Rogers and Billy Ray Cyrus are but a few of the long list of celebrities who have given their time and talent to promote Toys for Tots. First Lady Michele Obama has been Toys for Tots number one supporter and volunteer since 2009 through mass media events, by conducting toy drives in the White House, and by volunteering to assist with the sorting of toys at local campaign warehouse sites in the Washington DC area.

For further information on Toys for Tots

Warrior the Gift of Family At Christmas

The Black Sheep Marines were formed in January, 2012 by Marine Gordon Gillis and his wife Christine, with the commitment to produce a winning and charitable team.

Both of their dreams have become a reality in their team's first year. Gordon and Chris are proud of their team's first year accomplishments, but they are even more proud that the Black Sheep Marines are a team that gives both of their time and thru monetary donations. An end of the year team donation to Operation Helping Hand enabled the charity to purchase an airline ticket so a wounded veteran in the James A. Haley Veterans' Hospital in Tampa could be with a loved one at Christmas. Thank you to a team that strives to be the best in every sense of the word.

“With malice toward none; with charity for all; with firmness in the right, as God gives us to see right, let us strive to finish the work we are in; To bind up the nation’s wounds; To care for him who has borne the battle, and for his widow, and his orphan.” President Abraham Lincoln, Second Inaugural Address, March 4, 1865

Thanks to our giving Sheep Ray Vail and Mike Johnson who donated their time and goodwill to support this charitable event for the neediest and most under privileged children of Sumterville. Toys for Tots donated the toys and bikes that were given away in a drawing every hour. Ray and Mike helped distribute 100 bicycles to kids from ages 6 months to 14 years old and supervised play games. Aaron from the Leathernecks was Santa and he looks exactly how you would visualize Santa to look and plays the role with authenticity. Mike related this story from his participation:

"One girl, Emily, was crying so hard because her family was going to leave before Santa arrived. I told her I would find Santa and that she need not cry. When I got her and her brother Scott to the front of the line to see Santa, she was smiling from ear to ear!"

We are proud of our Sheep who donate their time and energy to charitable events like this one. Thank you Ray and Mike for making a difference in the lives of our needy children.

Thanks for Giving Guys!!

The Village Dragon Boat Teams pooled their efforts to raise awareness for the Combat Veterans to Careers Event held at Lake Sumter on Saturday, November 17th by holding paddling demonstrations and friendly racing competitions on a very windy and cool day. It was a light hearted day for the Black Sheep Marines team as they loaded up at 9:30am with a few Leatherneck team members joining their boat to compete with the new Villages team "This Boat Rocks". Two 200m races were held in front of the dock front at Lake Sumter Landing where people had gathered to watch the event and learn what "Dragon Boating" was all about. Another 200m race was held later in the afternoon with the Black Sheep Marines team and Leatherneck team merging to fill the boat and once again compete with Lee's "This Boat Rocks" team. It was a great experience for the new teams to compete with seasoned teams and everyone enjoyed a non-competitive day together that benefited everyone.

About Combat Veterans to Careers...

ready for a life-long, rewarding career in the golf course and landscape maintenance industry. COMBAT VETERANS TO CAREERS will give them the necessary tools for success including education, training, employment, affordable housing and community support, as well as assisting the participants with a successful transitioning to reach their goals.

the necessary tools to succeed by first getting the veteran and his family to The Villages; setting-up

housing for them; training them in the golf course landscape maintenance and allowing them to continue their schooling as well as providing the highly rated charter school in The Villages for their children.

as well as local businesses who are offering positions in their companies. These transitional veterans are struggling to find employment, continue with their education, deal with their health issues, and still provide for their families. COMBAT VETERANS TO CAREERS offers viable solutions and structured plans for these veterans struggling to find employment yet take care of their families and further their education.

COMBAT VETERANS TO CAREERS has a website you can go to learn more. It is:

We are also collecting furniture and appliances. So far we have 3 storage units full and hoping for more. :)

If you can send a donation, it can be sent to:

If you send it to David Izzo or David Booth please tell them that Sonja Ring contacted you.

MEET AND GREET OUR WWII VETERANS...

This Sunday October 28th at the VFW on 466 (near Rolling Acres intersection). They will be arriving at 11:00pm so please plan to be there by 10:30pm. This is the greatest honor and tribute you can bestow on these American Heroes. Wear your team blue or red shirts. Everyone, please make a small sacrifice to stay up a little later..it means alot to them to have us there to recognize their tremendous sacrifices for our country and each and every one of us! Oorah!

Last year several of us played in the PM wave and we had a blast. It is a scramble format with a shotgun start played at the Havana Golf & Country Club followed by an awards dinner at Sea Breeze Rec Center at 6:30 PM.. Details such as price and start times will be emailed to those interested when I can get them.

The golf tournament format was a team scramble and included 284 participants. The Black Sheep Team placed very high in the competition, scoring an unbelievable 12 under par for a gross score of 60! Last year's event, the primary fundraiser for the Toys for Tots Christmas campaign, generated $33,000 and distributed more than 38,000 toys to 8,000 children. The 2012 Classic raised more than this figure with additional proceeds yet to be counted. The Grinch won't steal this Christmas from needy children in the tri-county area. 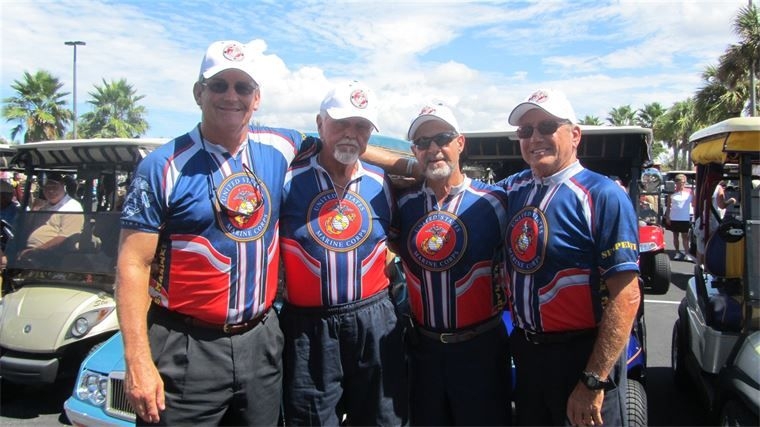 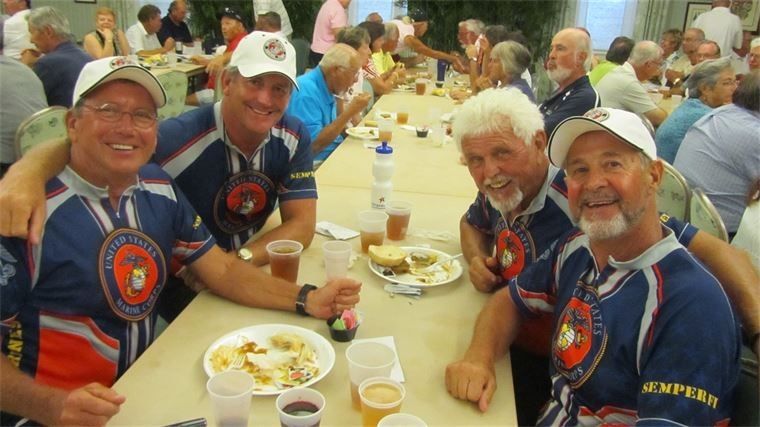 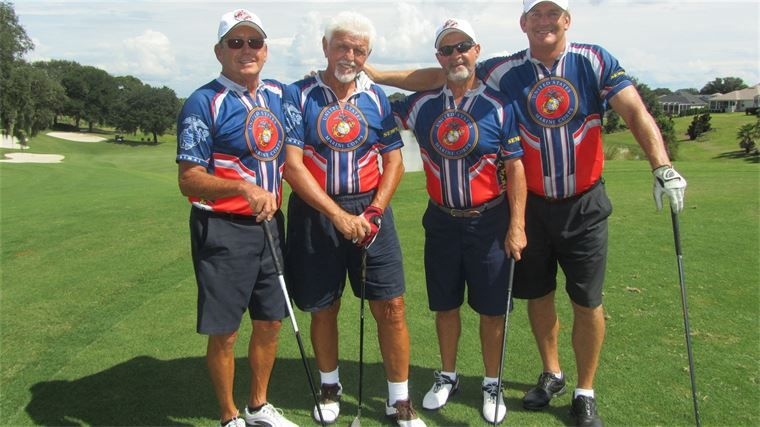 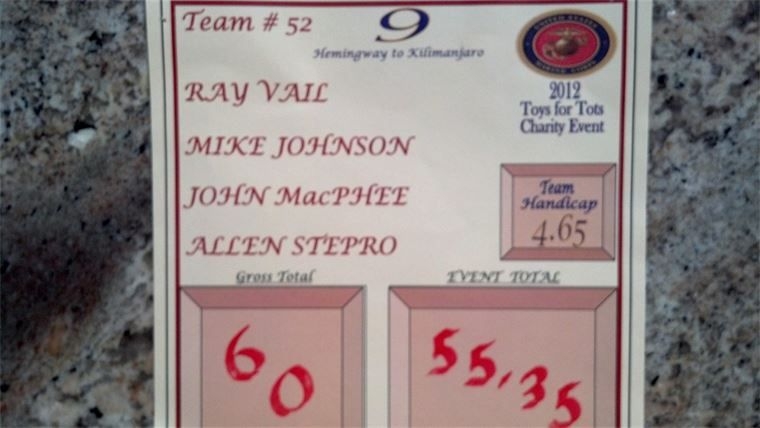 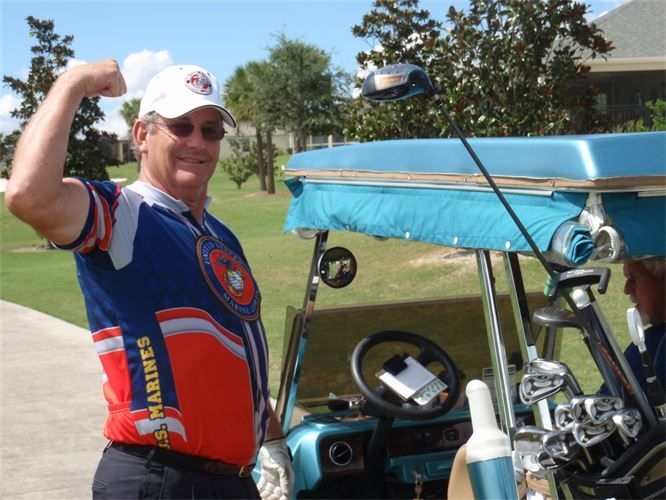 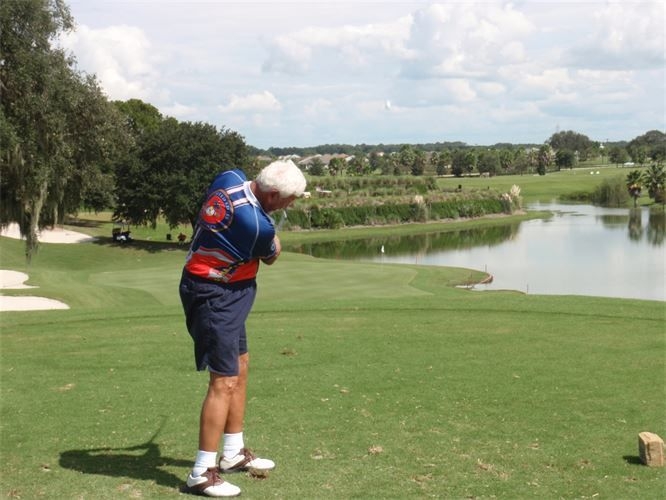 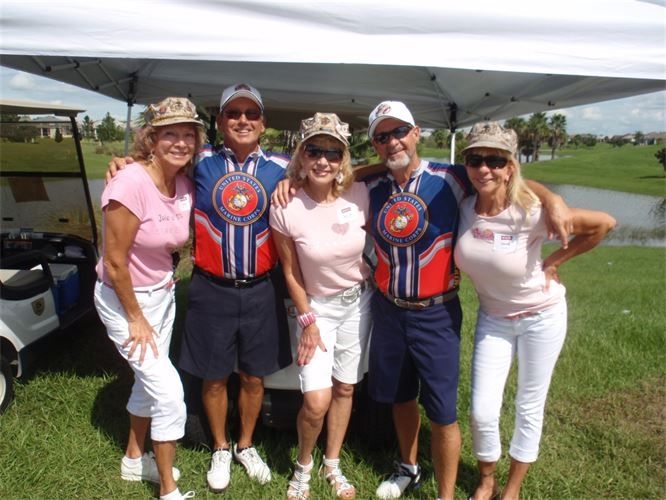 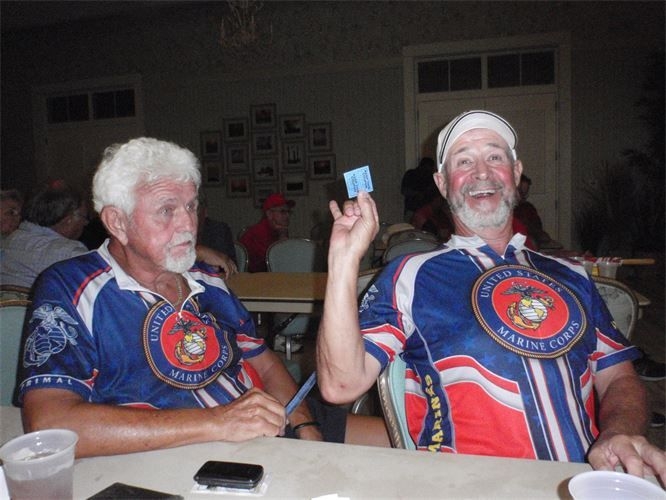